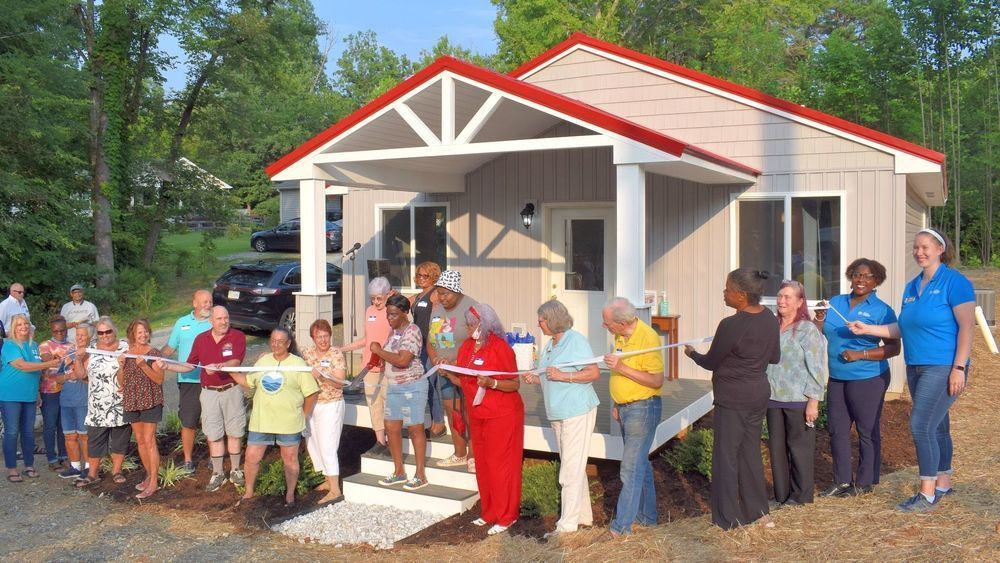 On a Saturday summer evening in Farmville, over 50 people gathered to celebrate the Home Dedication ceremony for Rosa Chambers, the newest Habitat Homeowner.  Rosa and her daughter worked hard to make their dream a reality, from the initial application process to the homeowner education classes to the many hours and Saturdays spent on the build site. Along the way, we have been overjoyed to share smiles and laughter, along with sweat and dirt, with both Rosa and her daughter.

Opening the evening in prayer was Pastor Jeff Spencer of The Remnant Church in Farmville.  As Rosa's pastor, he noted how the church had come together in prayer over this when Rosa initially applied.

A housewarming gift was presented by members of the Prince Edward County Committee of Piedmont Habitat.

In addition welcome home cards made by youth groups from Farmville Baptist Church and Farmville United Methodist Church were shared with Rosa and her daughter.  During a Bible presentation, which was signed by many in attendance, Sam Rabon of Piedmont Habitat gave thanks for the many blessings of God in making possible both this house and the entire mission of Habitat. Rabon focused on the Habitat core value of God at the Center, noting Psalm 127:1- Unless the Lord builds the house, the builders labor in vain.

Adding to the celebration is the fact that this home was the 50th home either built or repaired by Piedmont Habitat.

We want to thank the many volunteers, donors, and supporters who gave of their time, talent, and treasure to make this build possible.

Many individuals, organizations, businesses, and churches combined to log over 700 hours of volunteer labor on the home.  This is one of the main reasons Habitat homeowners have such an affordable mortgage, often less than they were previously paying in rent.

We are also thankful for all who gave of themselves financially to sponsor the home.  Their dollars translated directly into lumber, windows, roofing, and all the many materials needed to build.  In addition to our sponsors tremendous generosity, we are also grateful for the local professionals whose skill helped transform a wooded lot into a beautiful addition to the neighborhood.

Following all the presentations, the moment everyone was waiting for arrived.  In a very touching moment, the keys were presented to Rosa by another longtime Habitat homeowner family.  Finally, a pair of giant scissors was handed to Rosa and the ribbon was cut.  Rosa and her daughter walked through the front door, eager to enjoy the fruits of their labor. 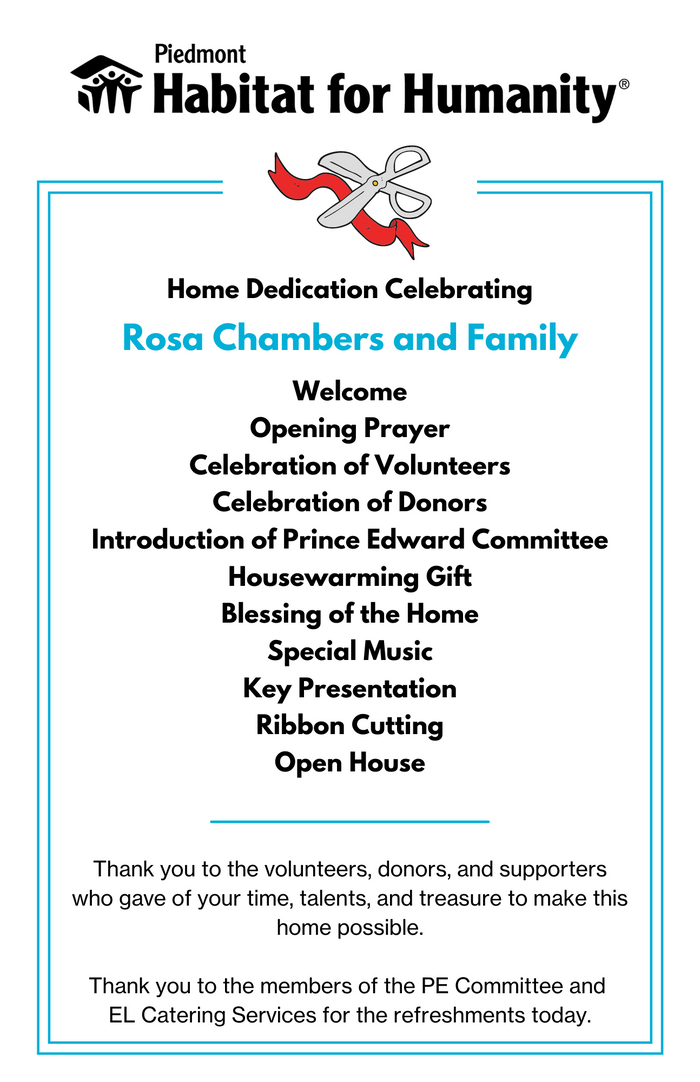 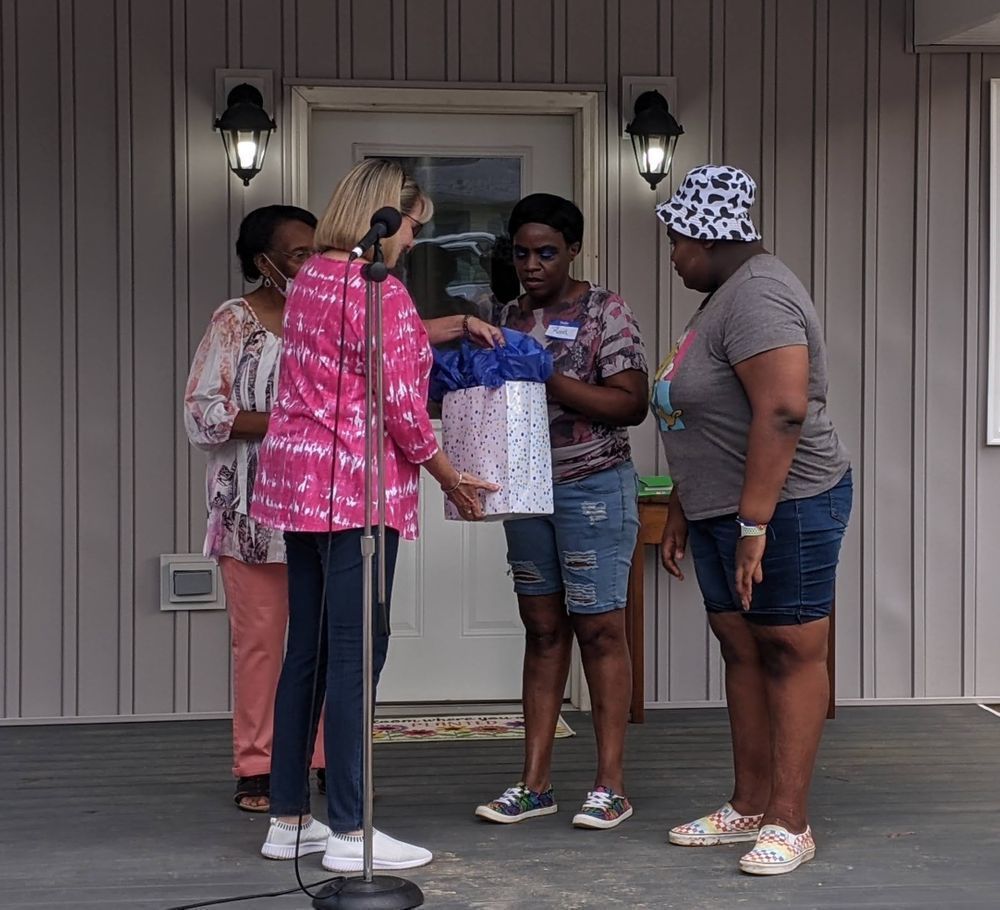 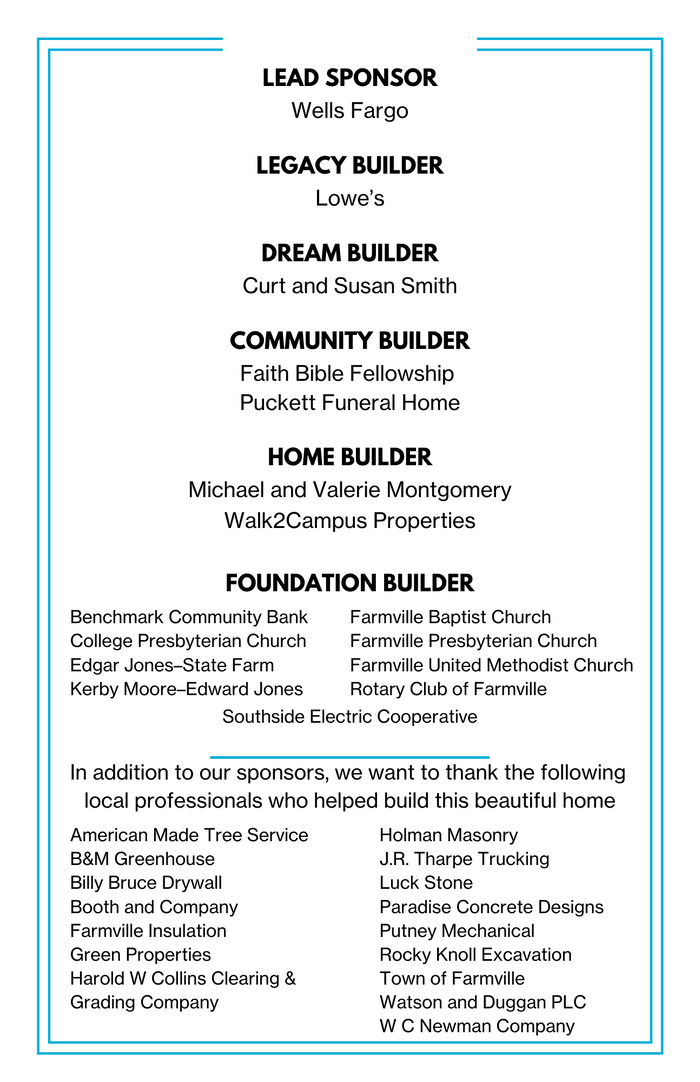 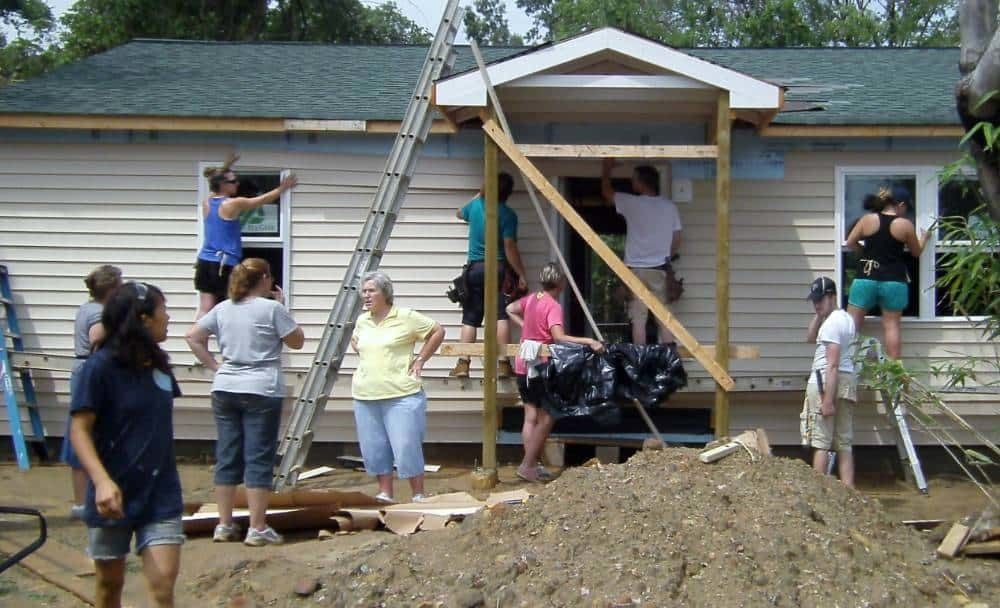